Grow your career with IV Waste! We are expanding residential service in New Orleans! 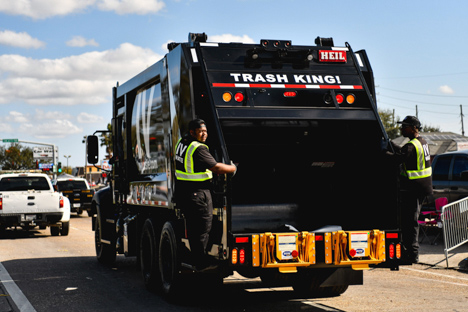 The contract allows IV Waste to take over garbage and recycling hauling in Lakeview, Gentilly and downriver neighborhoods.

NEW ORLEANS — New Orleans officials have selected IV Waste to take over trash pickup in a large swath of the city.

A selection committee gave the company, owned by businessman Sidney Torres, the highest scores out of four bidders. Many residents are already used to seeing IV Waste collecting solid waste in the city.

The company is one of the emergency contractors that came in last year to help, when the current sanitation vendor, Metro Services, fell way behind in its household pickups. Torres says the company drew on its experience in the city in coming up with a winning bid.

“You will not have any missed pickups at all in the city of New Orleans as far as what we’re responsible for and I will make sure of that, even if I’ve got to be out there picking up the trash myself,” Torres said.

The company will now negotiate a deal with the Cantrell administration for the western half of Metro’s service area, roughly north of I-10 from the Jefferson Parish line to the Industrial Canal. That’s about 45,000 homes.